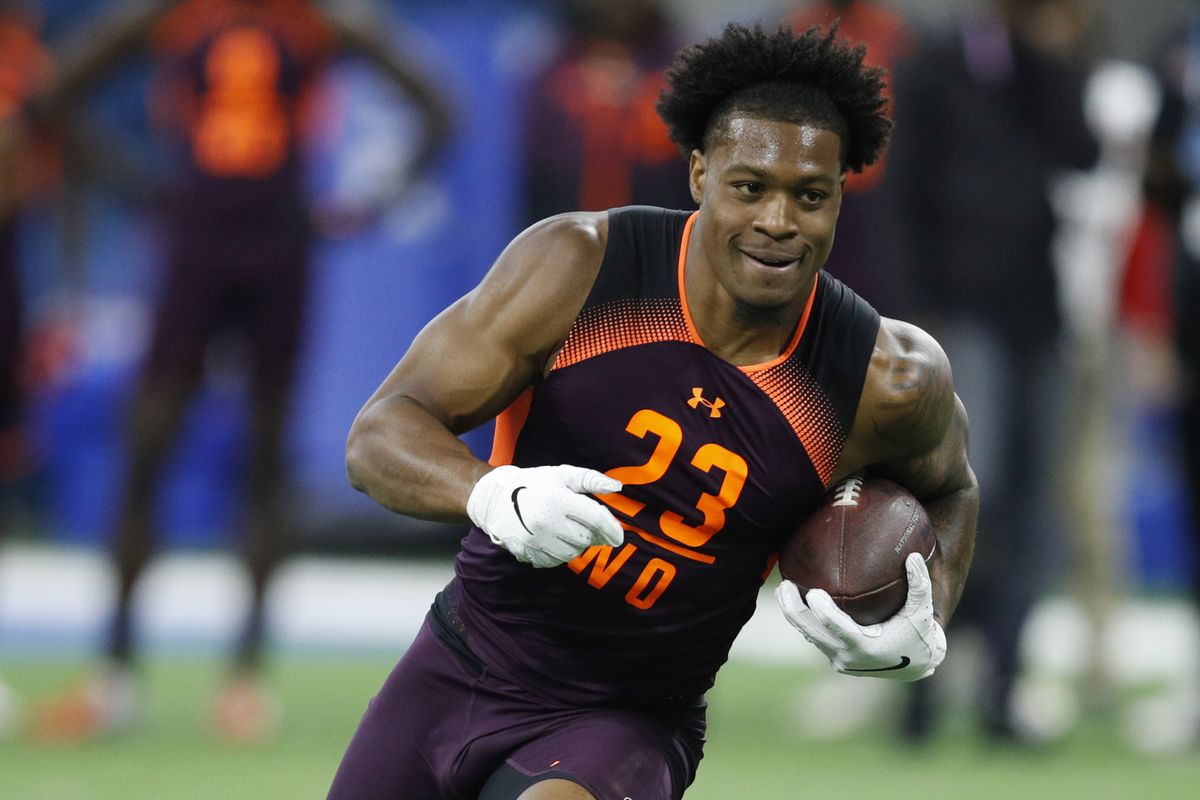 Thursday night's performance by the tight ends, quarterbacks and a highly-anticipated receiver class didn't disappoint, as several players turned in impressive performances in the first night of combine drills ever, which wrapped up just after 11 p.

Below you can find some notable yard dash times and a few takeaways from the night. We'll be back with live coverage on Friday starting at 4 p.

Hurts recorded an impressive 40 time while also showing his accuracy during his on-field work. The Oklahoma prospect has been dogged by questions of whether he can stick at quarterback, but he certainly looked like he belonged during the throwing portion of the night.

Herbert, the prolific passer out of Oregon, also raised eyebrows with his deep sideline passes during his on-field work.

He's the presumed No. Unfortunately, that came five-hundredths of a second short of matching the combine record of 4. While his time was far and away the best of the night, Ruggs was openly disappointed with his 40 time, which he will look to surpass during Alabama's pro day next month -- if healthy.

The speedy receiver prospect was unable to continue after his 40s and could be seen with an ice pack around his quad. That injury prevented Ruggs from taking part in the rest of the on-field drills, which means scouts were deprived the chance to see some of this year's big-armed QBs air it out to the fastest man in the class.

This year's receiver class, a highly touted group heading into the combine, has lived up to its billing as likely the deepest position in this year's draft.

Ruggs impressed with his speed, while Oklahoma's CeeDee Lamb turned heads in the receiver drills, particularly with his jumping, pirouetting catch in the combine's new end zone fade drill.

Alabama's Jerry Jeudy also looked the part with a solid all-around day. The depth of the class was even more on display. LSU's Justin Jefferson an outstanding 4.

Chase Claypool has had to endure calls that he should be moved to tight end, but the big target also blazed an incredibly-fast 40 for his size at 4.

And even Southern Miss' Quez Watkins emerged as a potential sleeper with a 4. And we could go on TCU's Jalen Reagor disappointed with his 40 but plays faster, and he had his moments in the drills , and on Liberty's Antonio Gandy-Golden is a huge target from a small school but looked the part while running drills , and on SMU's James Proche skipped the 40 but showed off great hands in the other drills , and on Baylor's Denzel Mims blazed a 4.

With regard to the tight ends, Purdue's Brycen Hopkins did nothing to hurt his stock as one of the top-rated players at his position.

Missouri's Albert Okwuegbunam and Dayton's Adam Trautman whose 18 bench reps put him in the top 10 at his position put themselves on the map with impressive showings Thursday night.

That's going to wrap up our coverage of Day Night 1 of this year's combine workout drills. Join us tomorrow for the running backs and offensive linemen.

Quez Watkins doing a great job in this end zone fade drill. He's having a fantastic day. Once you complete the registration, your application will be forwarded to a panel of evaluators who will assess your suitability to attend a regional testing day.

If successful, you will be sent an invitation to attend and an information pack containing all the information you need to know.

Regional Testing Dates. How to register Once you complete the registration, your application will be forwarded to a panel of evaluators who will assess your suitability to attend a regional testing day.